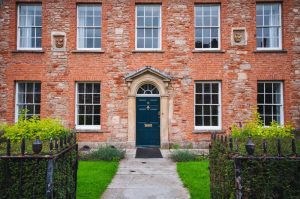 Data collected by Legal & General shows that 31 per cent of the 2,000 UK homeowners surveyed did not understand how a mortgage adviser could assist them when searching for a new mortgage deal.

The survey also revealed that 69 per cent of borrowers who went straight to a lender had not remortgaged in the previous five years.

The figures show that 98 per cent of borrowers who used an adviser said they found them valuable, and 95 per cent would recommend using one to family or friends.

Additional data collected by fintech company Twenty7Tec shows that there are almost 12,000 mortgages available through mortgage advisers, compared to 2,000 directly.

Legal & General director Kevin Roberts says: “Our research shows that potentially thousands of borrowers still do not know how a mortgage adviser can help with their mortgage search and as a result they could be missing out on a better deal.

“The figures speak for themselves. Those who used a mortgage adviser when they took out their last mortgage would overwhelmingly recommend their family and friends to seek independent, professional advice.

“They are also more likely to switch their mortgage product and when they do borrowers can have access to nearly six times the number of products available than if they went direct.”

Broadland Consultants Limited is authorised and regulated by the Financial Conduct Authority. FCA No 958621.

Please Note: Decisions should not be taken based solely on the content of the website and individual advice should be sought first. The information contained in this website is subject to UK regulatory regime and is therefore restricted to consumers based in the UK.

No responsibility is accepted for the accuracy or content of external websites.

Broadland Consultants Limited adhere to and subscribe to the Financial Ombudsman Service. For full details of their service click here or contact us for further information.